Irish public anger at bank bailouts boils over but there is still an absence of political meaning, says JASON WALSH

YESTERDAY SAW Ireland’s Greek moment – if some of the most fevered reports are to be believed anyway. Between 500 and 2,000 people, depending on whose estimates one believes, marched on the Dáil to protest the bank bailouts and Nama programme. 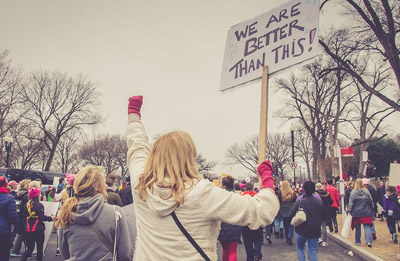 When the protest made its way to Kildare Street a group of between six and 100 individuals – where do these numbers come from? – reportedly attempted to ‘storm’ the Dáil. Speaking on the Coleman at Large on Newstalk, Fintan O’Toole, assistant editor of that well-known radical publication the Irish Times, was practically ready to declare the revolution had begun. (1)

Not everyone in the press felt the same way, of course. The Irish Independent took a rather dimmer view of events: ‘Gardai were forced to use batons last night as a group of protesters tried to break through the gates of Leinster House.

‘It happened at around 8.50pm when a 500-strong group from the Right to Work campaign marched from Parnell Square in Dublin to the Dáil.’ (2)

Of course the Irish Independent is not a newspaper known for its support of radicalism but that doesn’t mean it disapproves of marching on the government, as another article published today indicated: ‘They jammed phone lines on radio chat shows, shared their stories, organised picket rotas and marched on the Dáil. It was an uprising of the common people united in a single crusade’. (3)

What was this ‘crusade’? A crusade ‘to close the controversial head shops that have spread the length and breadth of the country.’ (4)

Nevertheless, however one feels about the relative merits of protests over head shops versus matters of actual national importance, it is interesting that people are finally taking matters into their own hands, expressing a refusal to lie down take government diktat without complaint.

It’s not the first time that the Irish public has expressed anger over the economic situation. 2009 saw a number of mass protests against the government’s swingeing cuts and austerity programme. (5) Since then, however, anger has been largely contained.

The Socialist Workers’ party (SWP) has – predictably – ramped-up the rhetoric:

‘We have a new aristocracy who treat us like peasants. Their mindset was displayed when finance minister Brian Lenihan casually announced recently: ’By the way, Anglo-Irish Bank will need another €10 billion.’ (6)

The SWP is excited by the prospect of a good, old-fashioned class battle. It’s the party’s raison d’être, after all. On the other hand today we heard that Irish Nationwide, another delinquent financial institution, is eyeing-up the public purse once more. (7)

In reality neither further bailouts nor public anger coalescing into action are guaranteed. What’s missing from both predictions is politics.