Ireland’s increasingly good performance on the international sports scene has won round many a fan and now more so than ever the competitive endeavors of this type are gaining popularity in the country. One thing is for sure, the Irish sports enthusiasts don’t just sit and spectate, they want to feel as part of the fabric of their team. After seeing our selection of five highly recognized sports in Ireland, you’ll quickly come round to the same conclusion we came to – the ball-based games are prevalent.

Gaelic Football and the All Ireland final go hand in hand and form the most spectacular sporting events to be seen in Ireland. Not many things can compare to the unceasing clamour of 80000 people raining down on the hurling gladiators. Inarguably, the final will be the talk of the town. The game is very physically demanding and that provides the perfect conditions for epic battles of willpower. But this sport is not only for athletes of iron constitution, it’s very well received among children of all age.

This game had its beginning in ancient Gaelic times. When a sport is 3000-year old and still can fill a stadium, we can then say it ages well. The All-Ireland Senior Hurling Championship Final may not be an illustrious forum worldwide but in Ireland, it’s a superlative event, without a doubt, the most awaited one. In and of itself, the game possesses uniqueness, albeit a number of features it shares in common with Gaelic football. This, however, is by no means a drawback, if anything it adds more glamour to the grand finale of the year

Even without the sugar-coated rhetoric, we can see that football is thriving in Ireland. An alleged 5% of the young adults, aged 15 and above, are practicing what’s also known as soccer, while Gaelic Football comes at second place nearing 2%. No one can deny that king football provided the gist for the mill of the unruly youth, giving them something more to strive for, other than street fights and open rebellion. There’s no denying the passion and support, even a healthy dose of jingoism effusing from Ireland’s football fans. Sadly, the local clubs are unable to persuade their quality players to stay. Broaching the matter even further, we can see that irrespective of the limited finances of some clubs, they can still rely on a huge fanbase of devotees. 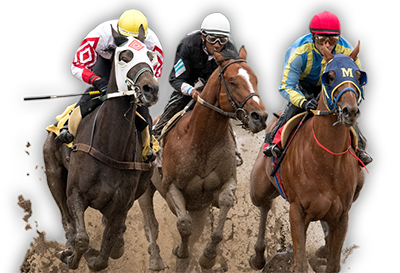 Horseracing is doubly enjoyed by the fans who have a penchant for the games of chance. Admittedly, the love for racing sports and betting runs deep in the country of Ireland. Gambling is what adds more zest to the action. You’ll be quick to realize that everyone is following the big race because they’ve placed a bet or two. Aside from the hazardous aftertaste, horseracing is a timeless sport whose establishment requires a rare combination of tradition and technological specifics which guarantees that Ireland will continue to be taking center stage in this niche.

Accounting only for the leisure side of Ireland’s golf courses will do injustice to all the sports giants who have walked their lush fairways. You may have heard of Rory McIlroy or McDowell who are internationally renowned golfers. Even legends like Tiger Woods speak eloquently of the immaculate courses, placing on record their superior qualities. After all that high-tier recognition, it comes as no surprise the reverence for the gents’ game. The sport is equally pleasing to both practitioners and spectators, which in turn bumps up its popularity all the more.

The utter amazement that only contact sports can deliver produced Rugby football as we know it today. It’s even more than what we’ve bargained for and the Irish crowd is loving it. What this definite affinity for the sport has spurred is a strong presence in the top ranks of international rugby. Tourists are sure to appreciate the local derbies which create an electrifying atmosphere second to none. If you happen to hang around for a while longer why not attend the six nations tourney.