Although it wants to present itself as home to multinational companies such as Ryanair, Ireland is a actually a country of micro-enterprises and excessive reliance on this sector indicates an underdeveloped economy,
says JASON WALSH

Just four years ago Ireland was riding high. Flush with cash, the country had the highest per-capita GDP in Europe and was widely hailed as a model for other small nations. Then came the bust. Now almost bankrupt, Ireland is at the mercy of the European Central Bank and International Monetary fund, its banks hobbled and in state ownership, the economy stagnant and those who can fleeing its shores in search of work abroad.

In many ways, as dramatic as it was, Ireland’s decline represents nothing so much as a return to form – except perhaps a salutary lesson for other similarly sized EU countries. 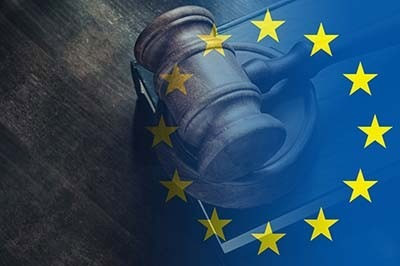 The mantra on the lips of the business and political elite in this small, rich country whose economy had grown as a result of membership of the European Union was: ‘closer to Boston than Berlin’. Ireland was, we were told, an entrepreneurial country that had a free-booting, don’t-tread-on-me culture closer to that of the United States than the supposedly bureaucratic and blundering EU. Who knew that the United States of 1929 was the model?

Despite enormous economic growth, Ireland’s history is one of boom and bust driven by underdevelopment and the absence of productive investment. Even now, Ireland’s supposed path to recovery sounds more like a get-rich-quick scheme than a thought-out industrial policy.

Make no mistake about it, Ireland is in a dire state. Unemployment has hit 14.6% and the government’s Central Statistics Office has stopped measuring outward migration (last calculated at 1,000 people per week) as the figures are too uncertain.

“The dilemma that the Irish elite always had was can they develop an independent economy,” says Kevin Bean, professor of Irish Studies at the University of Liverpool in Britain.

Post-independence, Ireland’s economy remained integrated into that of its largest neighbour and former colonial master: Britain.

At first Ireland followed a protectionist path, with disastrous results. During the twentieth century more Irish-born people lived abroad than in Ireland. By the late 1950s there was an opening of the economy, starting with corporation tax policy in an attempt to draw US investment. This strategy intensified after EU accession in 1973, with Ireland providing a cheap base from which US companies could access the then “Common Market”.

“The attempts to develop under [prime minister] De Valera were stillborn because of the power of Britain. Séan Lemass, who came to power in 1959, realised this and attempted to orient the economy to countries other than Britain,” says Bean.

The policy never quite worked. Growth came, but boom was followed by bust. The 1960s saw FDI grow but a decade later this was transformed into an ultimately unaffordable boom in public spending. As a result of the uneven development and absence of a significant industrial base, the 1980s saw Ireland’s economy collapse. The 1990s saw boom follow boom: first Ireland’s Second World infrastructure was upgraded and this was followed by the information technology bubble. When this burst in 2000, the slack was quickly taken-up by a boom in construction and property speculation. In 2008 when that bubble burst, Ireland was once again left without a significant industrial base on which its economy could stand.

Central to Ireland’s economic policy is its low corporation tax, designed to encourage foreign direct investment (FDI). At 12.5% it’s the third lowest in the EU, much to the chagrin of the big dogs of Europe. In March this year French president Nicolas Sarkozy and Germany chancellor Angela Merkel stepped-up demands that Ireland raise its corporation tax if it wants to see a lowering of interest payments on the €85 billion ECB-IMF bailout.

“The push [in the 1960s] was lopsided,” says Constantin Gurdgiev, economist at Trinity College Dublin. “It was only for foreign companies. Domestic industry was still dominated by semi-state [owned enterprise]. The rest was shops and small ancillary manufacturing.”

According to the Irish Small and Medium Enterprises Association (ISME), a lobby group for small businesses, between 800,000 and 900,000 people are employed in the small business sector – almost half the two million-strong workforce.

“Approximately 80 percent of those would be working in businesses with fewer than 10 employees, what we call microbusinesses,” says ISME’s Mark Fielding.

Ireland may seek to project an image as the home of multinationals like Ryanair, the CRH Group and Glanbia but, as Napoleon said of Britain, it is a nation of shopkeepers.

There is nothing inherently wrong with small business, the sector is important, but such reliance on it does speak of an underdeveloped economy – and it’s not just academic economists who say so.

“The delinquency of the UK industry is a product of deindustrialisation. In Ireland it’s a result of non-industrialisation,” says Steve Daley, a British-born entrepreneur residing in Ireland who is developing social networking software for cinema-goers.

“We’re in the same boat as we were twenty years ago: the Celtic Tiger years did not transform indigenous industry,” he says.

Ireland’s 2008 collapse was sharp. The first euro zone economy to enter recession, it was one of the hardest hit. As everyone now knows, the economy was pumped-up by a credit-fuelled boom in property speculation and when the lines of credit froze up, the Irish economy tumbled. After over a decade of near-continuous growth the county could no longer pay for its own public services. As ever-harsher cuts loomed, the blame was pinned on bankers, so-called “casino capitalists” who risked the country’s future on the financial markets and fuelled an “unsustainable” property boom.

Not entirely inaccurate, this nonetheless doesn’t explain the malaise at the heart of Ireland’s economy. For that one has to ask serious questions about Irish business – and economic policy over the last 50 years.

“The automatic approach of Irish business is to seek protected monopolies and invest in transferring wealth from A to B. The boom was really about moving money through the economy rather than producing wealth,” says Proinnsias Breathnach, senior lecturer in economics at the National University of Ireland at Maynooth.

If Ireland is to escape its current slump it will need to entirely retool the economy. But how?

Enterprise Ireland, the government body for promoting the overseas expansion of Irish business, with an annual budget of €320 million, is focussed on key areas including agribusiness, software and life sciences.

“There is a government target of 3% of GDP going on research and development,” says Enterprise Ireland economist Neil Cooney. “Currently we’re at about 1.7%.”

Ireland exported goods and services totalling €14 billion in 2010 and “export-led recovery” is the new political mantra – but even though the sector is performing well, it’s not enough and is no guarantee of recovery.

The same old problems continue to bedevil Ireland. Even the much-ballyhooed technology sector is primarily led by foreign-owned multinationals, with Ireland home to the European offices of several high profile tech businesses including Google, Facebook and Microsoft. Recent months have seen fevered speculation that the latest social media trend, Twitter, will set up home here, suggesting the political will is for rescue, not recovery.

“This country has never developed its indigenous businesses. It took the soft option of FDI,” says Breathnach, though he does note the significance of the native agribusiness and software sectors.

“As a county we could help ourselves by increasing second level vocational education. There’s too much government support for job creation, but all this does is increase the cost of doing business and create public sector jobs for middle class.

“Ireland’s problem is that we’re not creating products or services at a price that people want to pay, that’s what we’re lacking,” he says.